EXTREME? In Singapore, Connecting To Someone Else's Wi-Fi Is Illegal And Can Be Punished With Up To 3 Years Imprisonment 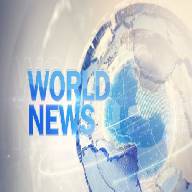 In many countries around the world, it is very normal to be on the road, on a bus, or in a park and simply connect to a much faster and publicly available internet connection.

In fact, it would seem stupid not to do so. In these times, where the world is more connected than ever, people require the best internet connectivity, whether it's theirs, that of a neighbour, friend or even a totally random person.

However, this mere harmless move can be a criminal act in another part of the world. In Singapore, connecting to another person's public wi-fi is referred to as Piggybacking and guess what? It could land you in jail.

Connecting to another person's unsecured wireless network is illegal in Singapore under section 6(1)(a) of the Computer Misuse and Cybersecurity Act.

If you think the Singaporeans wouldn't take this act seriously then you might have to think again. This is a very serious crime as the punishment confirms it all.

The offender can be fined a whopping sum of $10,000 or he could be imprisoned for up to 3 years. In some other cases, the offender is both fined and sentenced to prison for 3 years.

In November 2006, the 17-year-old Garyl Tan Jia Luo was arrested for tapping into his neighbour's wireless Internet connection.

On 19 December, Tan pleaded guilty to the charge, and on 16 January 2007, he became the first person in Singapore to be convicted of the offence.

Read also: BRIDE FOR SALE! See The Tribe Where Buying And Selling Of Wives Has Become Common

He was sentenced by the Community Court to 18 months' probation, half of which was to be served at a boys' home. For the remaining nine months, he had to stay indoors from 10:00 pm to 6:00 am.

He was also sentenced to 80 hours of community service and banned from using the Internet for 18 months; his parents risked forfeiting a $5,000 bond if he failed to abide by the ban.

Tan was also given the option of enlisting early for National Service. If he did so, he would not have to serve whatever remained of his sentence.

On 4 January 2007, Lin Zhenghuang was charged for using his neighbour's unsecured wireless network to post a bomb hoax online.

In July 2005, Lin had posted a message entitled "Breaking News – Toa Payoh Hit by Bomb Attacks" on a forum managed by HardwareZone.

Alarmed by the message, a user reported it to the authorities through the Government of Singapore's eCitizen website.

Lin faced an additional 60 charges for having used his notebook computer to repeatedly access the wireless networks of nine people in his neighbourhood.

Lin pleaded guilty to one charge under the Telecommunications Act and another nine under the Computer Misuse Act on 31 January. He apologised for his actions, claiming he had acted out of "stupidness" and not due to any "malicious or evil intent".

On 7 February he was sentenced by District Judge Francis Tseng to three months' jail and a S$4,000 fine.