SHOCKER! You Won't Believe How These All Black Towns Changed The World 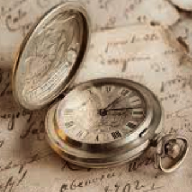 African American innovations were not touched upon enough by our history teachers. History class focused mainly on the civil rights movement when highlighting Black achievements. However, Blacks have founded several towns, some if which are still standing.

Greenwood, Okla., previously known as the Black Wall Street, was the most affluent Black town in the U.S. In June 1921, whites looted and burned the city, killing 300 people, due to allegations of a Black man assaulting a white female.

Greenwood is only one of 10 thriving Black towns highlighted in this Atlanta Black Star original video, which also highlights Seneca Village, N.Y., which was destroyed to make way for Central Park, and Freedman’s Village, Va., to name a few.

A few years after the Civil War ended, promoters determined to establish an all-black town on the Kansas frontier took out an ad in a Kentucky bulletin promising membership in “The Largest Colored Colony in America” for a small down payment: “All Colored People that want to go to Kansas, on September 5th, 1877, Can do so for $5.00.”

The bulletin explained those wanting to join this new colony, which would be called Nicodemus, “can do so by paying the sum of one dollar ($1.00), and this money is to be paid by the first of September, 1877, in instalments of twenty-five cents at a time, or otherwise as may be desired.”

Hundreds of black people from Kentucky took up the call and set off for the new colony in Kansas, travelling with the promise of a new and better life. One of the settlers, Willianna Hickman, joined 300 people leaving Kentucky for Nicodemus in 1878. She and her family travelled for two days on a train before reaching Ellis, Kan. It was a difficult and treacherous journey.

Along the way, Hickman told the Topeka Capital newspaper in 1937, a measles epidemic spread, killing several children. They travelled by wagon over what seemed like a “barren and treeless landscape.” As they got closer to what was Nicodemus, someone began shouting. When she looked, the settlement did not look like a town at all.

“My husband pointed out various smokes coming out of the ground and said, that is Nicodemus,” Hickman recalled. “The families lived in dugouts . . . and I began to cry.”

Life for black settlers was hard in Nicodemus, which, according to the Nicodemus National Historic Site, is one of the oldest black settlements west of the Mississippi River.

Hill, the only white member, was a land speculator who had travelled to the South to promote Nicodemus and recruit black people for the new colony.

“Hill met some success in the little Baptist church at Georgetown, a few miles north of Lexington,” Norman L. Crockett writes in his book “The Black Towns.”

“His audience was soon captivated by stories of a western paradise filled with abundant game, wild horse, and soil so fertile that a minimum of labour yielded bountiful harvests.”

Although life was hard on the Kansas plains — they fought hunger, snakes and prairie fires — the population of Nicodemus reached as many as 700 people by 1880.

“The black-town idea reached its peak in the fifty years after the Civil War,” Crockett writes.

“The dearth of extant records prohibits an exact enumeration of them, but at least sixty black communities were settled between 1865 and 1915. With more than twenty, Oklahoma led all other states. Unfortunately, little is known about many of the black towns.”

Crockett writes that not much was documented about the daily lives, aspirations and fears of people living in such towns as “Blackdom, New Mexico; Hobson City, Alabama; Allensworth, California; and Rentiesville, Oklahoma because residents failed to record their experiences and whites were not interested in preserving and collecting material on the black towns.”

Oklahoma’s all-black towns included Clearview, Boley and Langston, which was founded around 1890, according to the Black Towns Project.

Mound Bayou, Miss., was founded in 1887 by freedmen led by Isaiah Montgomery. The town, according to blackpast.org, was designed for the residents to have very little contact with whites, had a post office, churches, banks, schools and stores and was often cited by Booker T. Washington as a model of self-sufficiency.

Eatonville, Fla., where Zora Neale Hurston grew up, was incorporated in 1887. That’s where she went to collect black folklore. Hurston wrote in “Of Mules and Men” that she could think of no better place to do so.

“First place I aimed to stop to collect material was Eatonville, Florida,” Hurston wrote in the introduction. “And now, I’m going to tell you why I decided to go to my native village first. I didn’t go back there so that the home folks could make admiration over me because I had been up North to college and come back with a diploma and a Chevrolet. I knew they were not going to pay either one of these items too much mind. I was just Lucy Hurston’s daughter, Zora.”

“I hurried back to Eatonville because I knew that the town was full of material and that I could get it without hurt, harm or danger. As early as I could remember it was the habit of the men folks particularly to gather on the store porch of evenings and swap stories. ”

Greenwood, a division near North Tulsa, was founded in 1906. According to records, it was created by O.W. Gurley, a wealthy black man who owned land in Arkansas. According to the Tulsa Historical Society and Museum. In 1889, Gurley travelled to Oklahoma to participate in the “Oklahoma Land Run.” Gurley purchased 40 acres, which were designated “only to be sold to coloured,” according to records. The town, which gained fame as “Black Wall Street,” was destroyed in 1921, after it was burned by angry white mobs.

Blackdom, a town in New Mexico, was founded in 1911 by black settlers, later forced out by a drought, according to New Mexico Geneology archives.

Boley, Creek Nation, Indian Territory, was incorporated in 1905, becoming one of the wealthiest black towns in the country, according to the African-American Registry.

In the Washington area, several communities still exist. Their populations have declined—but in many descendants still live.

The town of North Brentwood was the first incorporated black municipality in the Washington area, according to the Maryland Heritage Area Authority.

North Brentwood was established in the 1890s after Wallace A. Bartlett, a white Civil War veteran who had commanded black troops, sold the property to a local realty company, according to North Brentwood Historical Society.

The northern tract was designated for blacks to develop. “North Brentwood’s first residents were former slaves of local planters and Civil War veterans,” according to documents by the Maryland Heritage Area Authority. “The first lot was sold to an African American by the name of Henry Randall in 1891.” Randall’s house stood on Holladay Avenue, which became Rhode Island Avenue.

Other black towns and communities in Prince George’s include Glenarden, Lincoln, Chapel Hill, Rossville and Ridgely.

Many were not incorporated. They include Ridgely, which was established on what is now Central Avenue in about 1870 by a black farmer. “It was a very vibrant community,” said Pearl, who wrote “African-American Heritage Survey, 1996.”

“There is little left of it. The church and school are still there.”

Rossville was named after Augustus Ross, who was born a slave in 1855. He was freed in 1864 and went on to work for the Muirkirk Iron Furnace. Twenty years later he and 10 other freedmen, many of whom worked at the furnace, bought land in a new subdivision that would eventually be named after Ross, according to the Prince George’s County African-American Heritage Survey in 1996.

Lincoln was established in 1908 as a retreat community for successful blacks who lived in the District and could afford to spend time out of the city. “They were movers and shakers in Washington,” Pearl said. “The biggest mover and shaker in Lincoln was the brother of the man who handed out the Rosenwald awards.”

But the community did not prosper. “It was never incorporated,” Pearl said. “It didn’t grow even as a black community. There is hardly anything left of Lincoln.”

Other black communities were established within towns, Pearl said. “What we know as Old Bowie had a large black population after 1870 because of the people who worked on the railroad.”

Heritage Montgomery, an initiative created to promote the county’s heritage, collected the stories of some African American communities in its publication “Community Cornerstones,” which lists dozens of African American settlements created by freed people after the Civil War.

“A symbol of hope and faith, the church was typically the first institution established in a new black community, usually followed by a school and a charity hall,” according to the brochure. “Fortunately, many of Montgomery County’s historic landmark churches still proudly stand as cornerstones of their communities.”

Those sites include Scotland A.M.E. Zion Church, built in Scotland, which, according to the Montgomery County Historic Preservation Commission in Potomac, was created in 1880 by William Dove — a freedman who bought 36 acres for $210. The community was originally called Snakes Den.

READ ALSO: Meet The Dahomey Amazons | An All-Female Warriors Of West Africa That The Dora Milaje In Blank Panther Came From