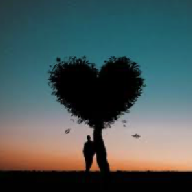 Peju Johnson revealed during a conversation with Punch that Timini Egbuson is a crush and the only actor she has a crush on in the Nollywood industry.

READ MORE: My Marriage Has Made Practicing My  Christian Faith Harder -  Meagan Good Reveals What Her Marriage Feels Like

Explaining how she fell head over heels over the handsome brother of Nollywood veteran, Dakore Egbuson, Peju intimated that she saw Timini Egbuson on television and instantly liked him.

The delectable role interpreter described her situation as love at first sight situation.

I like Timini Egbuson. He is my new crush. I just saw him on television and liked him. Maybe it’s a case of love at first sight.

READ MORE: WEIRD BUT SWEET! Read-on As Stedman Graham Reveals The Number One Secret To His 33 Years Lasting Relationship With Oprah Winfrey