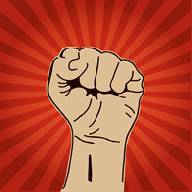 Delta state police command, on Monday 6th July, confirmed the arrest of a 60 year old man for having canal knowledge of a 13 year old girl in Ovwian, Udu council area of the state.

View pictures in App save up to 80% data.

The suspect, who is 60 years of age was said to have been apprehended by a team of police detectives from the Ovwian/Aladja Police Division following an intelligent report.

The report had it that the old man sexually abuse the minor in his place of residence after luring her with some money.

Police public Relations Officer in the state, DSP Onome Onovwakpoyeya, while confirming the incident on Monday 6th July 2020, said that the command has received information about the incident and is currently carrying out investigation on the matter.

You would recall that rape cases has been on the rise in recent times and the government should rise up to their primary responsibility to protect the girl child.