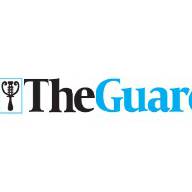 As stakeholders raise issues on safety guidelines As schools nationwide prepare to resume, following the Federal Government’s easing of restrictions, there are fears that most of them may not abide by COVID-19 protocols.

Citing challenges such as increased students’ population, inadequate classrooms, poor sanitary conditions and shortfall in the number of teaching hands, some experts insisted that the schools are unprepared for emergencies like coronavirus.

The Federal Ministry of Education had issued guidelines for reopening. It requires schools to adopt the use of distant learning centres and temporary shelters. It advocates disinfection and fumigation of facilities including hostel accommodation, with particular attention on those used as temporary isolation and treatment centres.

It also wants schools to “sensitise, train and build the capacity of teachers, administrators, and other education personnel to effectively use and comply with the School COVID-19 Referral System and protocols for safe distancing and hygiene in schools.”

According to a report by the Data Centre of the United Nations Educational, Scientific and Cultural Organisation (UNESCO) Institute for Statistics, of all the 189 countries, Nigeria is among four nations with the highest number of overcrowded classrooms in its secondary schools.

The actual number of students recommended by the organisation for a single classroom is between 30 and 35. Any classroom that has an extra student is considered to be overcrowded and not good for learning and teaching.

As at June 2018, according to the annual public school census, Lagos State had a total of 349 junior secondary and 322 senior secondary schools with students’ population of 337,724 and 229,980, respectively.

Giving further insight, the annual education sector performance report reveals that on average, there are 97 students in junior and 88 students in senior classrooms, respectively in Lagos schools.

Consequently, some stakeholders in the education sector said meeting the Federal government’s proposed guidelines for resumption might prove difficult.

Investigation by The Guardian in the South East showed that lack of infrastructure in public schools led the School Based Management Committee (SBMC), comprised of community members, to make financial contributions for providing infrastructural facilities and employment for teachers.

Some public schools visited by The Guardian in Enugu didn’t have good toilets, water and functional medicare facilities. Their surroundings lent credence to allegations that government was merely paying lip services to educational development.

The decline in education over the years has caused a rise in private schools in the zone.

A development expert, Dr Chiwuike Uba, in a study on the state of education in the zone said: “Public schools are almost a thing of the past, with dilapidated structures, demotivated, untrained and unqualified workforce,” adding, “Whereas most parents feel comfortable sending their children to private schools, it is evident that due to poor monitoring and evaluation, private schools may be worse than the almost dead public schools.”

He canvassed new policies to address the challenges facing the sector in the South East, pointing out that for the zone to create competitive youths that would transform the region, it should redesign its education strategy.

Reacting to the proposed Federal Government’s guidelines for reopening schools, Uba said the recommendations are not out of place, although some of the schools may not meet the demands.

He said: “Only very few public schools, in fact, less than five per cent of the public schools can meet the guidelines. Most public schools are dilapidated. Pupils and students learn under trees without chairs. This clearly shows the rot and collapse in the educational system. Are schools not supposed to have functional sick bays, maintain the acceptable standard number of students in a class, have a functional water and sanitation facilities to promote hygiene?”

Quoting the United Nations International Children’s Fund (UNICEF) report, Uba stated: “Only 26.5 per cent of the population use improved drinking water sources and sanitation facilities. Another report shows that over 83 per cent of schools in Nigeria lack water supply and improved sanitation. This means that only two out of every 10 schools in Nigeria have basic water supply and functioning sanitary services.”

Uba was, however, optimistic that given the availability of empty lands in most public schools, government can construct new buildings, facilities, and other infrastructures to meet the proposals contained in the guidelines, if the government is sincere and has the political will to do the right things.

On the implications for the sector and society, the development expert said government might do the initial “showmanship” by shutting down schools that may not meet the guidelines. “That is the Nigerian factor. Ultimately, the proposed guidelines would create a job for the ‘boys’ and provide those responsible for enforcement with an opportunity to make quick money through bribery and other forms of corruption.

“Schools will be certified okay to resume even when they do not meet the guidelines. When this happens, it exposes the students to a higher risk of contracting the virus; hence, an increase in the cases.

“In addition, students from schools that may be closed down will become idle and may resort to crimes. There may be job losses, too. The staff of schools closed down may either temporarily or permanently lose their jobs. These would increase the unemployment, misery, and crime rates in the country. Overall, there would be collateral damage on families, communities and the country at large if schools are unable to meet the guidelines.”

Ukwu stated that the neglect the sector has suffered over the years was because of lack of commitment on the part of the ruling class.

“Ordinarily, this should not be a problem if we have rules that we operate. But the way it is, most schools do not have access to water. There are no toilets. You don’t even have a first aid box, not to talk of a medical centre. So, it is a huge thing that requires rethinking if we must get it right and reopen the schools.”

On its part, the Rivers State government has appropriated about N2.3 billion for public health emergency to fight COVID-19 in the state.

The sum contained in the revised 2020 budget, The Guardian gathered, would take care of the cost of disinfecting public education facilities and distributing medical supplies and facemasks when schools resume. Already, the decontamination of some tertiary institutions in the state has begun. This would be followed by public secondary and primary schools.

With the drastic slash in the education budget, the reopening of public schools, in line with the Federal Government’s guidelines, might be a daunting task, especially as it concerns social distancing.

Most of the public schools built in the 1960s, 70s, and 80s are overcrowded, dilapidated because of abandonment by government. A government source, who pleaded anonymity, said: “The initial sum of N49.471 billion to fund the education sector for 2020 ought to have been the highest ever budgetary allocation to education since 1999.

“But for the coronavirus pandemic, the fund was intended to ensure the systematic rehabilitation, upgrade and transformation of primary, secondary and tertiary institutions and building of new ones where the population demands, to deliver a more helpful learning environment across schools in Rivers State.”

Despite the obvious challenges, the Nigeria Union of Teachers (NUT) in Lagos State, National President of Parents Teachers Association (PTA), Alhaji Haruna Danjuma, as well as the President, National Association of Proprietors of Private Schools (NAPPS), Chief Yomi Otubela said necessary arrangements have been put in place to guarantee the safety of students and teachers as schools reopen.

Describing Federal Government’s lifting of the ban as long overdue, the stakeholders said all necessary safety measures for students and staff have been put in place.

The NUT president in Lagos State, Mr Adedoyin Adesina, said they have trained members on safety measures while the union is also supporting the government in the provision of facemasks.

On his part, Danjuma said: “We all have been informed of the laid down conditions and we accept to abide by them. Talking of isolation centres for day students may not work. They are expected to resume in the morning and then go back home. If we find that any of our students is infected, the child would be taken to an isolation centre provided by the government or back home where he can be taken care of by health officials or his parents.

“Talking about boarding schools, we have already discussed with the chairmen of the schools. We have informed them of the laid-down conditions and we have all agreed to abide by them. We have all agreed that parents would provide facemasks for their children while schools will provide other items.”

The NAPS president said members are adequately prepared. “We were part of the stakeholders who proposed safety guidelines towards school reopening. Among the things we proposed and put in place are wash hand basins, infrared thermometers, markings of the floor for the observation of physical distancing, and reduction of students in each classroom to a maximum of 20 sitting two metres apart. We have also directed parents to equip their children’s bags with hand sanitisers and facemasks.

“Besides, selling of food items and other edibles would be suspended until normalcy returns. This is to avoid students exchanging cutleries and plates. Sick bays would be converted to recovery rooms. Each room will be further strengthened to serve as a temporary isolation centre before we move victims to government’s isolation centre in case of an emergency.”

This was as Terzungwe Tservanger, Head of Information, Benue State University, dismissed rumours that some members of the institution had contracted COVID-19. The rumours had intensified yesterday as the institution began decontaminating the premises.