MUST READ: FG Finally Give Reasons Why Schools Are Still Closed 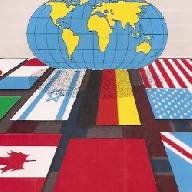 The federal government has explained why schools have not been opened since they were shut down due to the COVID-19 pandemic.

According to the Minister of State for Education, Mr. Chukwuemeka Nwajiuba who spoke at the daily press briefing of the Presidential Task Force (PTF) on COVID-19, schools were still closed because some children infected with COVID-19 might show no symptoms and such child can cause further spread of the virus.

He said, “We are keeping the children at home because you can’t see coronavirus with your naked eyes and can’t know if a child is asymptomatic, carrying the virus. If he does and he goes back and infects another person, there is no way for us to know.

Nwajiuba also noted that even parents did not want their kids to resume school as 80 percent of the responses from parents in a survey conducted across the country showed they were opposed to any hurried reopening of schools to experiment with their children.

He said, “The ministry had prior to now conducted a perception survey across the country and we know that 80 percent of the responses we got from around the country were assurances from parents that they were not willing to experiment with their own children.

Read Also: See The Only Two Nigerian Schools That Made Top 2000 Universities In The World

“If there are people who are interested in using their children to experiment, to check whether it can work or not, we can invite them to test. But I can assure you that all the measures that we have taken are guided by science and data as provided by the PTF.

“I am sure that some of the work we are going to present, having taken some advice from them would be deported maybe next week because now we have sufficient information to make some decisions and those decisions will be first of all x-rayed by the PTF upwards and when we are clear with them I can come back maybe here by Monday and say what exactly we are planning but until then, kindly abide by what you have even told by this committee,” Nwajiuba added.

Watch Next: OGITECH Threatens To Rusticate Student Over Relationship With Sowore