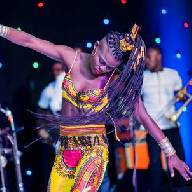 Ghana-based Gambian actress Princess Shyngle has threatened she is going to release the names of married men that are hitting at her.

The actress who is one of the hottest slay queens in Ghana has suddenly found her moral uprightness and has pledged to screenshot the messages of married men who slide in her dm.

She stated that she is not only going to screenshot their immoral messages but she is going to forward them to their wives as well.

“If you’re a married man and you mistakenly slide into my dm asking me out or even complimenting me I’m going to screenshot it and send it to your wife. I’m not joking, I’m about to dm a few wives with a screenshot of their husband on my dm 🙄🙄🤪 . CEO @snatchedbyprincess” She wrote on social media.

Princess Shyngle a few months ago suffered a broken heart after rumours came out that she had a miscarriage after her US-based boyfriend was arrested by the police for being involved in some fraud activities.

One cannot tell if the actress is still dating after she flaunted the ring her then guy gave her on social media among other nice moments they shared together.