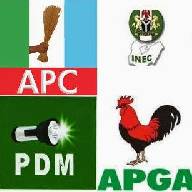 United State Government has aanounced extention on the freeze on issuance of "green cards" for new immigrants and suspension on range of work visas for foreigners, including all H-1B and H-4 (for H-1B spouses) till the end of 2020 in order to protect jobs of American citizens lost due to the COVID-19 pandemic.

Trump had hitherto suspended the issuance of the visas for three months, but now has extended it till the end of the current year.

He stated that "We have a moral duty to create an immigration system that protects the lives and jobs of our citizens,"

"The entry of additional workers through the H-1B, H-2B, J, and L nonimmigrant visa programs, therefore, presents a significant threat to employment opportunities for Americans affected by the extraordinary economic disruptions caused by the COVID-19 outbreak," he said in the order.

According to the White House, the visa suspension will not affect those already in the US on the visas while the Optional Practical Training (OPT) that most foreign students are eligible for after they graduate in the US also remains unaffected.

Those visa holders who are outside the US will not be able to return to the US.

The new immigration order signed by Trump also suspends the L1 visas (for intracompany transfer) and J1 visas used by doctors and researchers to enter the country but exception exist for those already in the US at the moment .

According to a senior administration official, the measures, decreed through an executive order by President Trump, would be temporary (till December 31), and would free up 525,000 jobs for American workers.

Trump also issued directions for a broader reform of the H-IB visa regime that will replace the current lottery system with a merit based system that will favor those who are offered the highest wages and target doctors, lawyers, academics, and highly skilled people.

"This will drive up both wage level and skill level. It will also eliminate competition with Americans for entry level jobs," the official said, adding that the President had also directed that all loopholes enabling outsourcing of jobs should be closed.

According to the official, the new reforms proposed by Trump will ensure that jobs go to those who are paid the highest wages and 'America gets the best and brightest talent', the official added.

Trump said that between February and April of 2020,more than 20 million United States workers lost their jobs in key industries where employers are currently requesting H-1B and L workers to fill positions.

Also, the May unemployment rate for young Americans, who compete with certain J nonimmigrant visa applicants, has been particularly high — 29.9 percent for 16 19 year olds, and 23.2 percent for the 20-24 year old group.

7 Countries with the LARGEST African Populations Outside Africa